The Nintendo Switch set records in 2020.   Despite being in tight supply, the Switch sold more hardware units than any game system during a single year.  In 2021 the main question is will the Switch once again be the best-selling system for the year or can the PlayStation 5 challenge its reign? The latest DFC Intelligence console video game forecasts predict a close race between the…..
Read More Can PlayStation 5 Outperform Nintendo Switch in 2021? 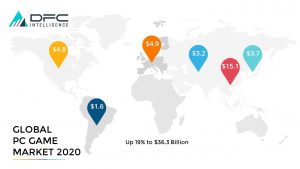 The past holiday season saw a focus on the launch of PlayStation 5 and the new Xbox systems.  However, some of the biggest news was the explosion of sales for PC games.  DFC Intelligence just released its latest PC game forecasts showing that 2020 revenue for PC games reached over $36 billion.  More importantly, this is not expected to be a temporary increase.  DFC Intelligence forecasts that soaring PC ha…..
Read More Nvidia Value More Than Sony/Nintendo Combined as PC Game Sales Soar

As a new generation of game consoles launches many observers are again wondering if this will be the end of the console era. In other words, as games go online, will game hardware, like many consumer electronics products, become a commodity? This question has been asked for years, but now takes on new importance given the strategy of companies like Microsoft that increasingly view game offerings as part of a hardware agnostic service. The PlayStation 5 and Xbox Series S/X will be in sh…..
Read More PlayStation 5 and Xbox Series: Is This the Last Generation of Video Game Console Systems? 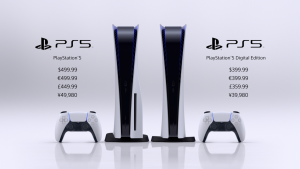 On September 16, Sony Interactive Entertainment gave an online presentation that revealed the launch date and price for the PlayStation 5. There were no major surprises. However, the event underlined how much of an advantage the PlayStation 5 has over the Xbox Series X/S. As expected, the Pla…..
Read More Will Sony Win the Console War by Default? 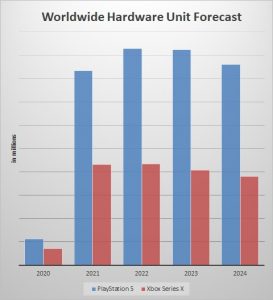 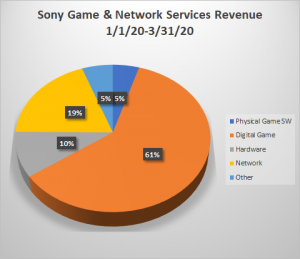 In the recent DFC Intelligence Video Game Forecast, we modeled both the PlayStation 5 and Xbox Series X to launch in 2020. In Sony’s recent fiscal year earnings and forecast releases the company has confirmed the PlayStation 5 launch is still on track for holiday 2020. Assuming that hardware launches are on track the big remaining question is how many units will a…..
Read More Sony PlayStation 5 on Track for 2020 Launch

The DFC Intelligence Game Hardware Stock Index focuses on companies whose primary business is providing hardware. More detailed info can be found by clicking on the company name. Some hardware companies are included in the conglomerate category.