Minecraft is one of the most popular video games of all-time.  It is also decidedly low-tech and noted for its blocky graphics.  However, that may be changing as Minecraft looks to become one of the leading franchises for the next generation.  Minecraft RTX will be a major upgrade In May, DFC wrote about how Minecraft was starting to become cool again.  This was after the game seemed to stagnate sinc…..
Read More Will Minecraft RTX Drive Hardware Sales? 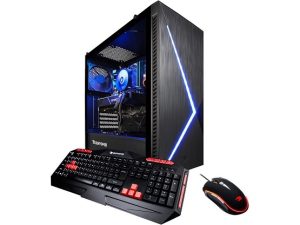 The latest DFC Intelligence forecasts estimate that by 2023 consumer spending on PC game hardware spending will reach $70 billion. This is a big number and it is, of course, attracting all kinds of participants. There will be many companies losing money trying to chase this consumer spending. Just like with the software market, there is no shortage of companies trying to cash in on consumer demand. Iro…..
Read More Winners and Losers in $70 Billion PC Game Hardware Market

This week Nvidia Corp. unveiled two new GPUs, the GTX 1050 and GTX 1050 Ti. Unlike the TSMC 16 nanometer FinFET manufacturing process utilized with the other Pascal GPUs released since May, the 1050 series is based on a 14nm part from an unspecified provider. …..
Read More Nvidia Debuts GTX 1050 GPUs
FEB. 16, 2016 • Last July, Microsoft Corp. filed for a U.S. patent on a modular PC design in which GPU, CPU and accessory components would be housed in separate easy to stack components without requiring any tools. Microsoft’s application was published by the U.S. Patent & Trademark Office on February 11. The reason behind Microsoft’s interest in modular design is that the company sees that most consumers upgrade their PCs by buying a whole new …..
Read More Microsoft Looks At Modular PCs
MARCH 4, 2015 • At an E3-style presentation, in San Francisco, Nvidia Corp. unveiled an Android-based home system named the Shield Console. The chipmaker has already released Shield Tablet and Shield Portable devices. The latest Shield is powered by Nvidia’s Tegra X1 processor mated with a 256-core Maxwell GPU equipped with 3GB of ram. These components make possible high-definition playba…..
Read More Nvidia Shows Shield Console
DEC. 3, 2014 • Nvidia has been one of the two major players in computer graphics products for more than a decade. That was not always the case, however. In the mid-1990s the company was a relative unknown in a flood of new technology companies attempting to carve out market share in the new 3D graphics business for computer games. A lot has changed since then with Nvidia actively augmenting its longstanding and successful PC graphics gaming business by emerging …..
Read More Nvidia Interview: The Next Generation

The DFC Intelligence Game Hardware Stock Index focuses on companies whose primary business is providing hardware. More detailed info can be found by clicking on the company name. Some hardware companies are included in the conglomerate category.