Impact: At face value this seems rather an impressive sales ratio. In reality, an almost 2:1 ratio is worrisome. During the average week consumers buy between 20,000 and 25,000 PS3s in Japan. The Xbox 360 has never been a huge seller, averaging under 5,000 units sold per week. Japanese consumers purchase one-fifth, or fewer, Xbox 360s than PS3s, yet that smaller market share is producing sales 53% as good as Sony’s device is generating. Sony should be selling many more Moves in Japan.

JUNE 1, 2014 • Ninja Metrics Interview: How and why people spend money in games has taken on much greater importance as the free-to-play model has taken root worldwide. What…

NOV. 19, 2012 • On Nov. 16, smartphone developers started receiving notices from GREE that the latter was terminating servers of the cross-platform mobile social network OpenFeint on Dec. 14. GREE…

JUNE 2, 2015 • According to certification documents that were submitted to the U.S. Federal Communications Comm. (F.C.C.) by Sony Computer Ent., two new PlayStation 4 models are planned, one… 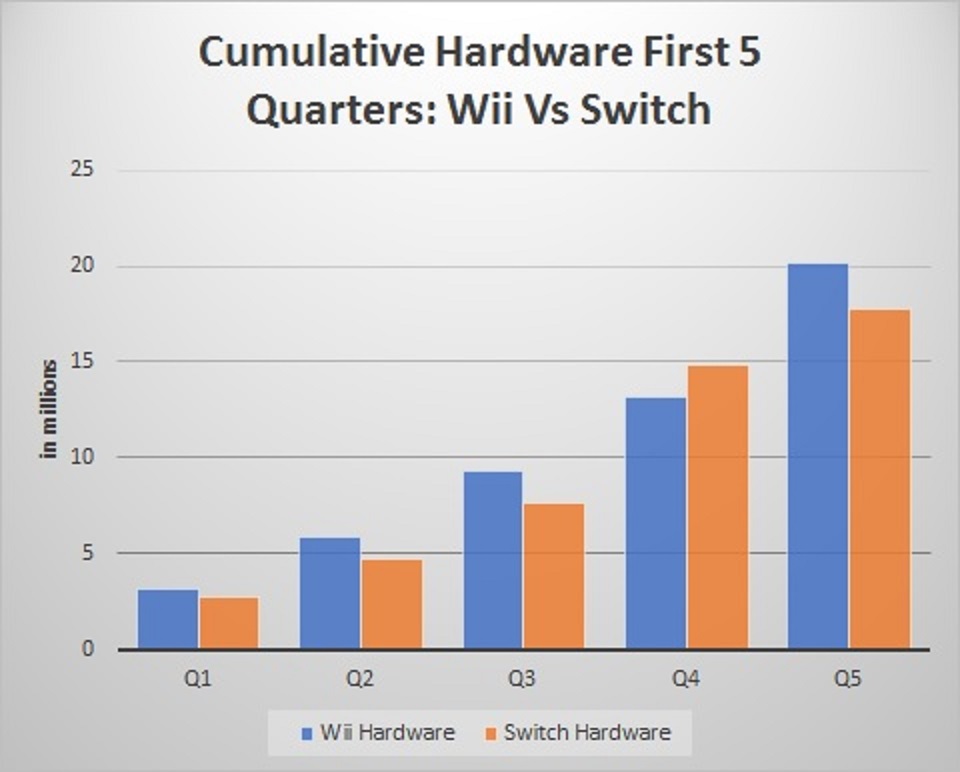 In our recent report on the Nintendo Switch sales, we made the point that, while the Switch is a successful system, its sales were not likely to compare to major…