Impact: As discussed in such DFC Intelligence reports as the The Market for Browser and Social Network Games, The Game Market in Korea and The Market for English Language Client-Based Free-to-Play PC Games, Nexon has been a leader in driving the virtual item free-to-play (F2P) business model on a global basis.  Nexon’s success is pretty indicative of the overall market.  China is seeing very strong growth but other markets are starting to get more competitive.  Two major areas of competition are games on social networks and mobile platforms.  In a new report entitled The Secret of Gree & Mobage’s Success – How to Succeed with in-App Purchase in the Mobile SNS Market, Japanese publisher Enterbrain looks at how the F2P model has soared in Japan on mobile platforms.  It seems the success of Gree and DeNA is hurting other F2P providers such as Nexon.  NCsoft is a very different story in that they have had much of a traditional subscription model for their games and are fairly new to F2P models.  NCsoft is also very much a hits driven company and they need new hit products.  The challenge for them is competing in a market where an increasing number of products are being given away for free.

May 7, 2013 • A month after LucasFilm, now under new management at the Walt Disney Co., announced that LucasArts would no longer be in the business of internal game… 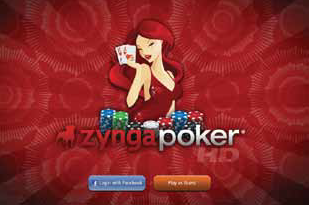 DEC. 16, 2011 • Zynga Inc. got less a less enthusiastic investor response to its intial public offer than hoped. The Zynga IPO debuted at $10, the stock closed its…