MARCH 21, 2012 • Board games are selling very well despite hard economic times. Some might say as a direct result of the recession.  Case in point, Capital Shopping Centres, which owns giant malls in the United Kingdom. Last December, Capital reported the results of a survey of 2,000 consumers that showed 60% of families would choose board games over video games as gifts. To bolster that position, Capital cited data from toy sellers in its malls who said year over year sales of board games had grown 20%.

Board games never really waned in Europe as they did in the United States with the explosion of home media options starting in the 1980s.  In Europe board game designers got more innovative, creating more unique experiences. Germany in particular has had a huge market for board games with massive hits like The Settlers of Catan series which has generated hundreds of millions of dollars in revenue since its release in 1995.

As leading board game market, what board game companies in Germany release often sets the standard for quality worldwide.  The expansion of social networks and mobile platforms represent new growth opportunities for board game publishers to expand their reach.  With the growth of tablet platforms, most notably the iPad, there is a digital platform almost perfectly suited for board game play.  As we are seeing a growing number of successful adaptations of board games to mobile and social platforms, DFC spoke with Ravensburger Digital’s managing director, Thomas Bleyer, about his experiences in taking board games digital.

DFC: Ravensburger is considered a heavyweight in the German board game business. Can the same be said for the rest of Europe and North America? Who are you main competitors in various markets?

TB: Definitely for Europe we are traditionally No. 3 in the market. In North America we tend to be a player in a high-quality/higher price niche, not in the mass market. Hasbro and Mattel would be the largest competitors on the international level.

TB: The clear majority of board titles we release are family focused.  Only very few strategy titles are published by us per year.

DFC: What are your most popular classic board game franchises, and why are they popular?

TB: There are various categories. Family game classics like the aMAZEing Labyrinth sold over 13 million units in 25 years due to their unique gameplay design that features a shifting board.  New releases like Schlag den Raab is based on a German TV license. Then there are successful new categories like the socalles hybrid board games that combine board and electronic components, which offer new and interactive gameplay.

DFC: How many board games does Ravensburger release in a year, and how many units does a successful board game typically sell?

TB: Less than 10 in the classic board game section, but many more in other categories. Anything in the six-figure unit number range is definitely a success

DFC: Please give us an overall picture of how the board game business has performed in recent years in both Europe and North America. Are you seeing growth, and if so, how what kind of growth are we talking about.

TB: It has been fairly steady for a number of years now. In 2011 however, we have seen roughly a 5% reduction across several international markets.  Growth rates in the past years have, if anything, been fairly low.

DFC: How many languages do you localize your board games into?

TB: The answer really depends on sales success. We usually start in German and possible two to three other major Western languages, and then decide about expanding further.

DFC: When did Ravensburger get into digital publishing of its franchises?  What were your original goals, and how have those goals been forced to change based on your experience in digital?

TB: We founded Ravensburger Digital in 2009.  Originally we had also intended to publish on video game consoles like Nintendo DS.  Due to market developments however, we never actually went onto video game platforms. Instead we quickly focused on online and mobile gaming platforms.

DFC: In North America, board game makers such as Hasbro have had uneven success in the digital business.  Why do you think that was?  What does it take to be a success in 2012 for board games on digital platforms.

TB: We are not able to comment on Hasbro.  It seems however, that Hasbro has to a large extent relied on a licensing model in recent years – cooperating with Electronic Arts for example – to bring its games on digital platforms.  At Ravensburger we have decided that a prerequisite for success is to build expertise for digital publishing in-house and we are publishing our digital products ourselves. We believe this enables us to quickly learn and to continuously improve our products, which is a necessary requirement to compete successfully on digital platforms.

DFC: Please walk us through the process of adapting a board game into a mobile phone or computer version. What has to be done to assure a successful adaptation?

TB: First we test and analyze the suitability of the gameplay for a specific platforms. For example, online and mobile games may differ strongly in this respect. Next we analyze the attractiveness of the IP from a marketing/positioning standpoint. We have to determine whether the digital publishing rights are clearly available. If these questions have been answered favorably, game design commences and a developer is selected from in-house teams, or externally. Development proceeds based on Agile Software Development process, with executive producing, product management, publishing and marketing functions always retained in-house.

DFC: By their very nature, board games are social affairs with multiple players. Your mobile games have tended to be single-player driven despite online connectivity. Why is that and what internal guidelines are you following in adapting franchises to mobile?

TB: On a mobile device users will always expect a gameplay mode that will offer them quick single-player entertainment suitable for play while waiting five minutes for the bus, so we clearly have to fulfill that expectation.  On the other hand we always offer a classic multiplayer mode so players can always choose their preferred mode of play, depending on their user scenario.

DFC: Do you see a day when specific Ravensburger franchises will share the same gameplay across all online connected digital platforms?

TB: Depending on the specific gameplay, at least very least, mobile and online connected games are not that far out into the future.

DFC: Tell us more about your working relationship with Bigpoint. What does it take to adapt Ravensburger’s Scotland Yard board game into the MMO, Mr. X?

TB: In this case we have really redesigned the game together with Bigpoint to make it work with a free-to-play business model.  It is no longer a board game but really a massive multiplayer online strategy game.

DFC: How well has Ravensburger adapted to the free-to-play virtual item model that is becoming predominant online?

TB: Very well.  We have recently also published our first Facebook games with a free-to-play model – Puzzle Adventures and Memory World Tour – and are very pleased with the initial results.

DFC: How well do board game franchises translate into the free-to-play model, and why?

TB: Again, it all depends on a suitable game design. It makes a great difference whether you want to maintain the classic board gameplay or whether you want to adapt the gameplay according to the specific platform user behavior you are targeting.  A typical player on Facebook may have very different expectations from an iPhone user.

DFC: Where does Ravensburger see as its main revenue generator for digital moving forward, free-to-play with micro-transactions, or traditional product sales?

TB: Much depends on the platform.  Online will be free-to-play without a doubt.  Mobile however, is still largely a classic pay-per-download model.  We will continue to see how both models perform.

DFC: Where game development for digital platforms is concerned, how involved do your board game designers get in the digital process?

TB: We develop in-house as well as with external partners.  We have a regular exchange with our design colleagues from the traditional board game unit, however all digital game designs are done on our side.

DFC: How has the advent of touch screen buttons on tablets and mobile phones helped or hurt digital versions of board games.

TB: Definitely helped it.  Touch screen buttons makes playing a much more pleasant user experience and fits with the character of board games.

DFC: Who is buying and playing Ravensburger games on mobile platforms?

TB: We don’t know the answer as well as we would like since we get no such information from the platform owners such as Apple or Microsoft.  We assume however, that our target groups a similar to those on the traditional side: families and parents mostly.

DFC: Does the availability of digital versions of board games cannibalize the original classics?

TB: We don’t think so.  It is still a very different user scenario and we think digital and classic are complementary rather then cannibalizing.

DFC: We have heard the conviction that board games on mobile platforms are really only successful if they are directed at families or pre-teens.  Is that so?

TB: No.  Our board game Puerto Rico for example is very successful on iOS and it is definitely aimed at a hardcore strategy gamer audience.

DFC: How well do strategy board games fit in on mobile devices?

TB: They fit in perfectly because they are meeting the right target group on these platforms.  We will continue to publish strategy games as well.

DFC: Do you see your mobile business being greater on tablets, or smartphones?

TB: The distinction will blur in our view.  The operating systems will be the same and we have to address both platforms in any case.

DFC: The last we heard, Ravensburger was about to release its first titles for Android-based devices. How fully do you intend to support Android?  Will it be one-for-one with your iOS releases?

TB: Android is low priority for us at the moment.  We see iOS and potentially Windows Phone as the more attractive platforms for publishers of games like ours.

DEC 13, 2012 • The Secret World becomes the latest MMO to shed the subscription model. But instead of embracing the dominant…

JUNE 15, 2015 • While premium mobile games are still a successful model, the content usually played on smartphones is free-to-play. Not… 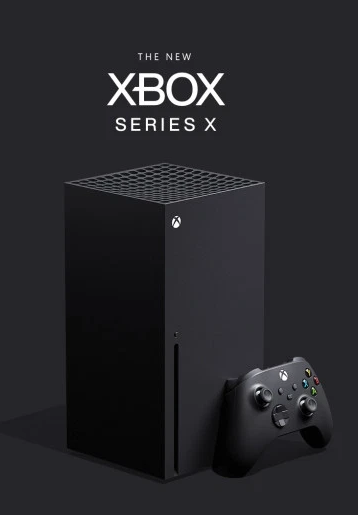 While the world is battling coronavirus, gamers received a little excitement last week when both Sony and Microsoft released more detailed specs…