DEC. 1, 2015 • At last week’s DreamHack festival in Jönköping, Sweden, Razer Inc. and Lenovo Group Ltd. announced their partnership to globally co-brand and co-market special Razer Edition models of Lenovo’s Y series desktop gaming PCs. While showing off a prototype at the LAN party and computer festival, actual details on component specifications and pricing will not arrive until CES in January. The prototype system displayed at DreamHack uses the same case as Lenovo’s Y900 that debuted last September and is available at major retailers such as Best Buy and Wal-Mart for between $1,500 and $1,600.

Impact: DFC Intelligence forecasts that in 2016 the performance and enthusiast PC game hardware segment will reach $25 billion in consumer spending. This hardware pairing is intriguing and is an example of why this segment is likely to see growth. Mass market gaming desktops rarely get much credibility with a core PC game community that prefers to build their own rigs to support individualized component customization. But Razer has a great deal of credibility with this group, so the partnership will get attention. Whether these Razer Edition systems get a good report card will depend on what goes inside the case, which we won’t know about for another month. If all the upcoming systems does is change the accent colors on Lenovo’s Y900 from red to green, plus add on Razer peripherals, then we suspect that will not be enough to gain the kind of sales traction to satisfy Lenovo’s sales goals.

The good news is that Lenovo’s black carbon fiber-like Y900 case design has some definite virtues that won’t piss off the core crowd who often find major label game system cases difficult to work with and lacking in space to add components into. The Y900, by contrast, has plenty of space and features tool-free access to its interior sections. There also is a very useful removable filter in front of the front two airflow fans so dust particles won’t reach the blades. The case can accommodate, a full size ATX motherboard, two high-end GPU cards, up to a 1,000-watt power supply, plus up to four storage drives without cramping space inside. As an entry-level core system, the Y900 is well equipped with a Intel Quad-Core i7-K CPU, one Nvidia GTX 980 GPU, and 64GB of DDR4 memory – all of which is a good place to start with an upgrade-friendly case. Lenovo told PC World Digital Magazine that Razer will have influence on both interior components and gaming peripherals, which likely includes Razer software enhancements such as Synapse that customizes Razer hardware configurations, as well as Cortex that handles everything from driver enhancements to in-game video recording and sharing. So our guess is the Razer Edition systems should be more than rebranded Y900s. Razer has a long history of optimizing game hardware, so we are looking forward to seeing what impact they have on these desktops.

OCT. 21, 2010 • Intel Capital has made a $3 million investment in OpenFeint. The latter is best known for its mobile social gaming platform Aurora Feint. The investment brings…

For years DFC Intelligence has seen the hype and headlines that comes and goes around various segments in the game industry. In some cases, the market is excited by a… 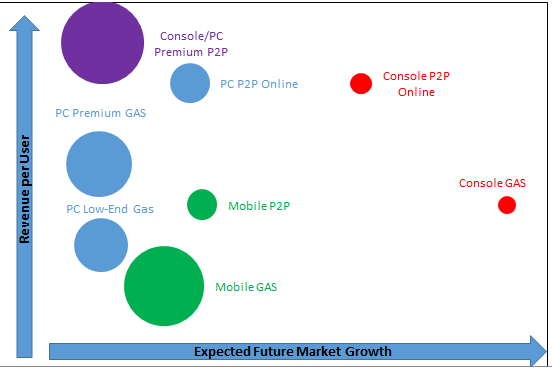 JULY 11, 2011 • Sony Computer Entertainment Europe is developing a Bollywood-based game for the Indian market. Ra. One – The Game, is based on this fall’s science fiction film starring…