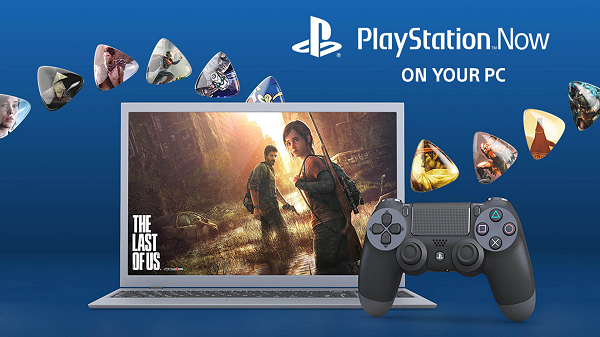 PlayStation Now, Sony Interactive Entertainment’s streaming game service is arriving for PC users in the European Union during the next few weeks, and coming to North America not long thereafter. The service features more than 400 PlayStation 3 titles, 100 of them exclusives.

Platforms that supported PS Now included the PS4, PS3, PS Vita, PS TV, plus selected Sony Bravia and Samsung HDTVs. PS Now is available for $19.99 per month and $44.99 for three months. SIE has said it is evaluating whether to take the service to Apple Mac systems, although the firm does say the $24.95 DualShock 4 USB Wireless Adaptor arriving in September works with both PCs and Macs. The adaptor supports one DualShock 4 only. Consumers also have the option of plugging the controller into computers via a USB port.

Impact: Six years ago DFC was early to examine a new platform-independent streaming startup, Gaikai. That was before Sony snapped up the firm in 2012. Gaikai’s promise was to run game content from any platform on every other platform. Those lofty aspirations fell away after Gaikai was acquired. The attraction for Sony was two-fold, eliminating the need for hardware backward compatibility with the added perk of being able to charge for it, and to extend PlayStation content to a broader mix of platforms than traditional home consoles. DFC Intelligence has an upcoming report on streaming services but our initial analysis is high subscription prices will be a major barrier.

The jury is still out on how successful PS Now is on televisions, but the move to PCs holds more promise. Both Sony and Microsoft Corp. have taken great pains lately to seed important PlayStation 4 and Xbox One titles onto computers. Microsoft’s recently introduced Xbox Play Anywhere program is a significant effort in this regard. Migrating PS Now to PCs is not quite so extensive an initiative as available content is still PS3-based. The potential for PS4 gaming on PS Now is there, however, as the technology can handle it. Until PlayStation Now streams major PS4 titles close to their console introduction, DFC believes there is insignificant demand to really drive the service. In the current scenario, we are unconvinced that there is sufficient demand for PS Now on HDTVs, or on the Vita where sales of the handheld have remained underwhelming. To highlight that argument, Sony cancelled the Vita-based PS TV in North America and Europe last March, the product that should have benefited most from PS Now. On consoles, PS Now still smacks of paying for backward compatibility, which gamers are generally not inclined to do. Concurrent PS4 games for the PC could be the breakout content that PS Now needs.

For a long time, the industry knew that major players were looking to get into the game market via streaming services. Google,…

JULY 2, 2010 • Blockbuster Inc. avoided bankruptcy by winning a crucial one-month reprieve to Aug. 13 on debt payments to its…