NOV. 15, 2014 • Sony Network Ent. International (SNEI) and Sony Computer Entertainment Inc. (SCE) are beginning a roll-out of a new television content service called PlayStation Vue. An invite-only beta this month will be followed later by consecutive market launches in New York City, Chicago, Philadelphia and Los Angeles. Sony will initially offer 75 channels sourced from CBS, Discovery Communications, Fox Networks, NBC Universal, Scripps Networks Interactive, and Viacom. PlayStation 4 and PlayStation 3 owners will have access to Vue at first, with support for Apple iPads to follow. No additional hardware will be required. The cloud service will make television programming available live, plus give users the option to watch programs for up to three days after initial airing. If consumers choose to save programs for later, they will be available for streaming for up to 28 days. Pricing will not be disclosed until the commercial launch during the first quarter of 2015, but Sony has said that Vue will be available on a month-to-month basis without a contract.

Impact: The first we heard of a cloud television service from Sony was last January at the Consumer Electronics Show. What many consumers are really looking for is a way to cut the cord to cable television providers, and to do so via a disruptive unbundled pricing structure. At present there is no indication that Sony intends to offer à la carte pricing of channels. All SCE and SNEI are saying for now is that Vue will come at a fair price without hidden fees. As major entertainment content providers are disinclined to provide their television programming at a discount, we don’t foresee a scenario where Vue will be available at a savings far below current cable and satellite providers. Sony’s emphasis seems to be on providing added convenience and simplicity. Vue will deliver DVR-style viewing options without the necessity of renting a DVR, which often can cost $10 a month per unit. Acquiring local television channels is also an added cost that Vue will not charge extra for. Sony is really talking up its interface for the service that does away with the traditional channel guide in favor of an interface that puts the users favorite choices up front. Much like Amazon.com is good at suggesting additional products similar to what consumers have already bought, Vue will highlight complementary television programming to users. Many questions about the cloud service still abound, however. No mention has been made about what resolution programming will be streamed at: 720p, 1080i or 1080p. A broadband internet connection is required for Vue, yet the largest U.S. internet provider is Comcast, which also is the nation’s largest cable service. Despite providing content to Vue via its NBC Universal division, Comcast will be competing with Sony. As has already been established with its relationship with Netflix, Comcast likes to be paid extra to assure robust streaming content pipes to homes. The most critical considerations, however, are the extent of channels available on Vue and how much they will cost. Although Sony cites 35 million active PS3 and PS4 systems as the potential market for Vue, a lot more channels will be needed to make the service compelling to the console owner demographic. For example, the Walt Disney Co. is not a content partner, which leaves out ESPN sports coverage as a Vue programming option. ESPN is a critical channel for console owners, made all the more telling since the Watch ESPN app is not available to PlayStation Network users. Looking ahead, DFC sees Sony’s Bravia HDTVs as the real growth opportunity for Vue. If every Bravia sold can have Vue as a programming option out of the box that could be a significant purchase consideration versus HDTVs from other manufacturers.

SEPT. 9, 2010 • According to a report by The Nielsen Company, consumers who were surveyed about the future purchase of a…

JAN. 23, 2013 • A month after THQ entered Chapter 11 bankruptcy and restructuring, an asset auction was held and no potential… 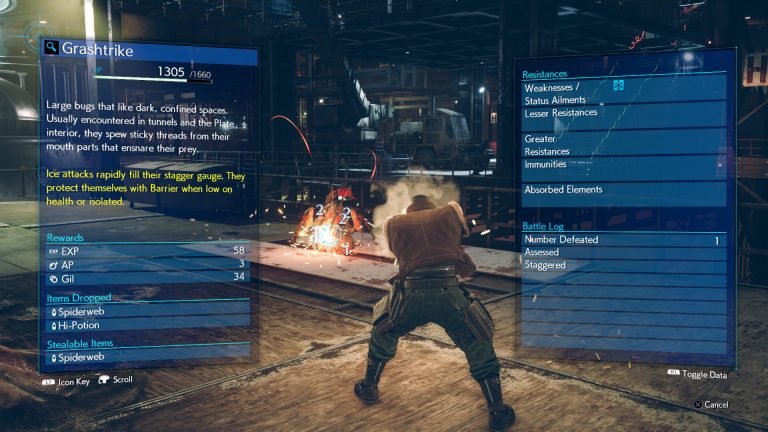 On April 10, Square Enix released Final Fantasy VII Remake. This game was based on the 1997 hit PlayStation title. Rereleasing classic…