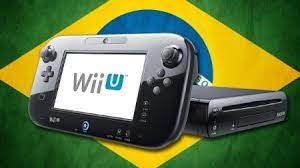 JAN. 13, 2015 • Citing high import duties, Nintendo of America announced it was withdrawing entirely from the Brazil game market for now. The gamemaker said it made the decision because its current distribution model was “unsustainable.” Nintendo’s partner in the country is Gaming do Brasil, which has been instructed to no longer distribute Nintendo consoles or games in the country. There are no changes to Nintendo distribution in other Latin American countries serviced by Juegos de Video Latinoamérica, of which Gaming do Brasil is a subsidiary. In addition to high tariffs, Nintendo said it also suffered from the decision not to produce console hardware locally.

Impact: True, high levies are a major deterrent to price competitiveness in Brazil since they can account for more than 70% of the price consumers in the country pay for consoles and games. That is why a Wii U listed for 1,500 Real ($568), down from its launch MSRP of 1,899 Real ($718). But Nintendo had other problems as well. The gamemaker has come in for a complete lack of television advertising in the market for Nintendo products. This may be the fault of Gaming do Brasil yet Nintendo is ultimately responsible. Another deficiency is that Nintendo never implemented its eShop digital distribution service in Brazil. That means no sales of current or back catalog titles digitally, or DLC for games purchased at retail. Both Microsoft Corp. and Sony Computer Entertainment have invested a great deal more into the Brazilian market. Both the Xbox 360 and the Xbox One are manufactured in the country. Sony has been producing PlayStation 3 there, as well. All three companies face steep social welfare duties added to their MSRPs regardless of whether their hardware is produced in the country. Bottom line, Nintendo faces no undue disadvantage compared to its competitors. In fact, the Wii U was one of the least expensive of current generation consoles in Brazil as the PS4 has an MSRP of 3,999 Real ($1,514) and the Xbox One with Kinect plus a three-game bundle lists for 1,999 Real ($756). To us this withdrawal from the market is confirmation that Nintendo did not have a realistic business plan for Brazil to begin with.

OCT. 22, 2015 • Seeking to capitalize on its deep stable of competitive game franchises, Activision Blizzard, Inc. is creating a separate esports division alongside its Blizzard Ent. and Activision…

AUG. 12, 2011 • South Korea is one of the most advanced PC online gaming markets in the world thanks to savvy Internet users and modern infrastructure – fast broadband,…

FEB. 19, 2013 • In its first broad move since announcing that PlayStation Vita first-year targets had been reduced down to 7 million units sold by March 31, Sony Computer…