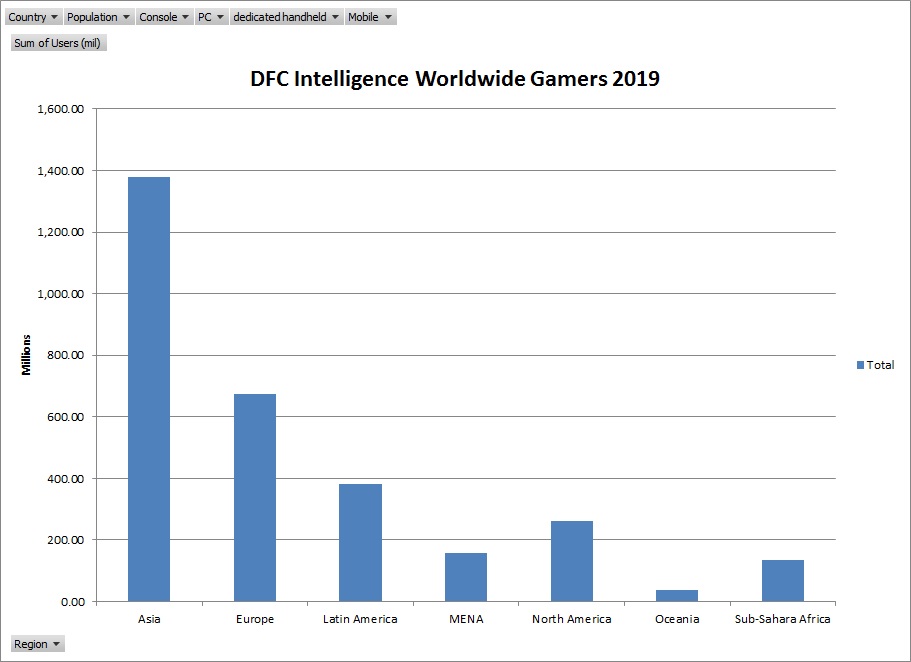 DFC Intelligence recently released its latest global video game consumer segmentation.  This report breaks out the number of game consumers by country, region, and platform.  With the growth of mobile devices, the number of worldwide video game players has soared past 3 billion.  However, without further detail, this is a rather meaningless number.

For years, clients have asked DFC to identify the number of video gamers.  When looking to size the market the first question to clients is “how big do you want that number to be?”  Video games are starting to become like television, music and other entertainment.  Games have become ubiquitous and the raw number of game consumers does give you much information.

The purpose of the global video game consumer segmentation is to identify consumers by the platforms they use.  Increasingly hard-core gamers play on multiple devices: console systems, PCs and mobile devices.  These are the most desirable consumers.

When looking at the aggregate game segmentation, the number of video game consumers has soared almost entirely because of the growth of mobile devices.  However, if you are targeting PC or console gamers the growth has been more limited.  It is important to be able to identify those consumers.

Last week DFC did an article on gamers in Latin America.  These were consumers surveyed from a specific sub-group, consumers that are fairly heavy video game users.  The purpose of the survey was to identify interest among core gamer in subscription services.  As a requirement to qualify for the survey these consumers had to play high-end games on a console system or PC.

In Latin America, there are an estimated 380 million consumers that pay for video games.  However, 151 million of those consumers only pay for games on mobile devices.  In the recent DFC Intelligence survey, we were targeting a smaller segment of 12 million gamers in Latin America that pay over $50 a year on console and/or PC games. 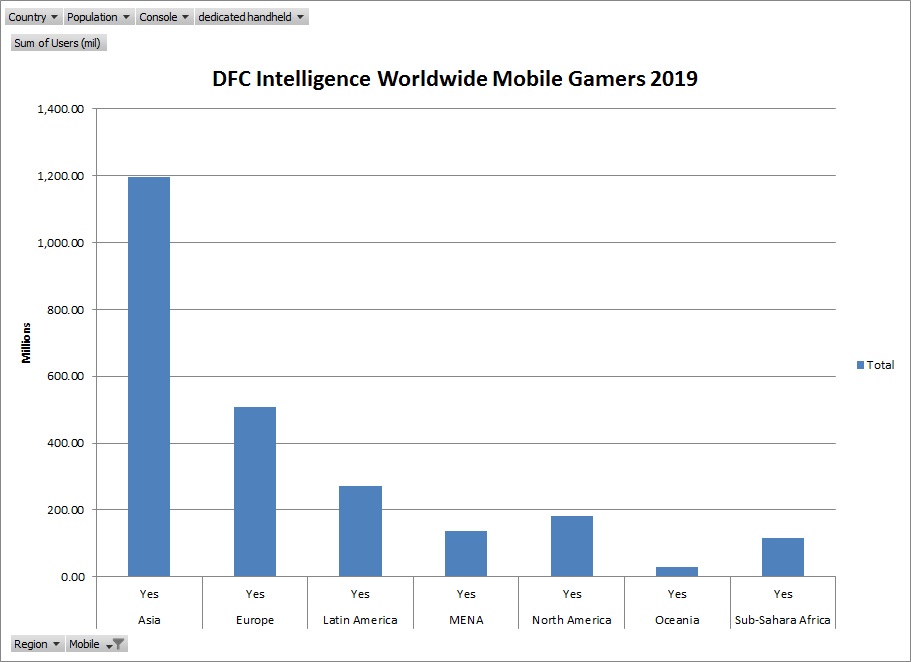 The number of consumers that play games on mobile devices is almost ten times the number that plays games on dedicated video game console systems.  On a worldwide basis, about 2.4 billion consumers spend money on mobile games versus only 250 million on console games.  However, the average console game consumer spends far more than their mobile counterparts. 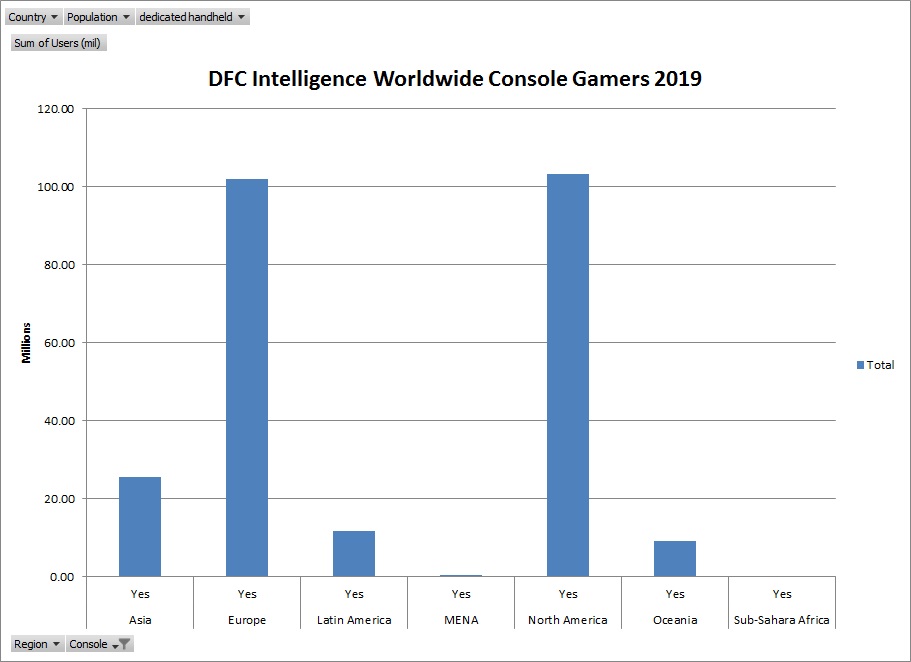