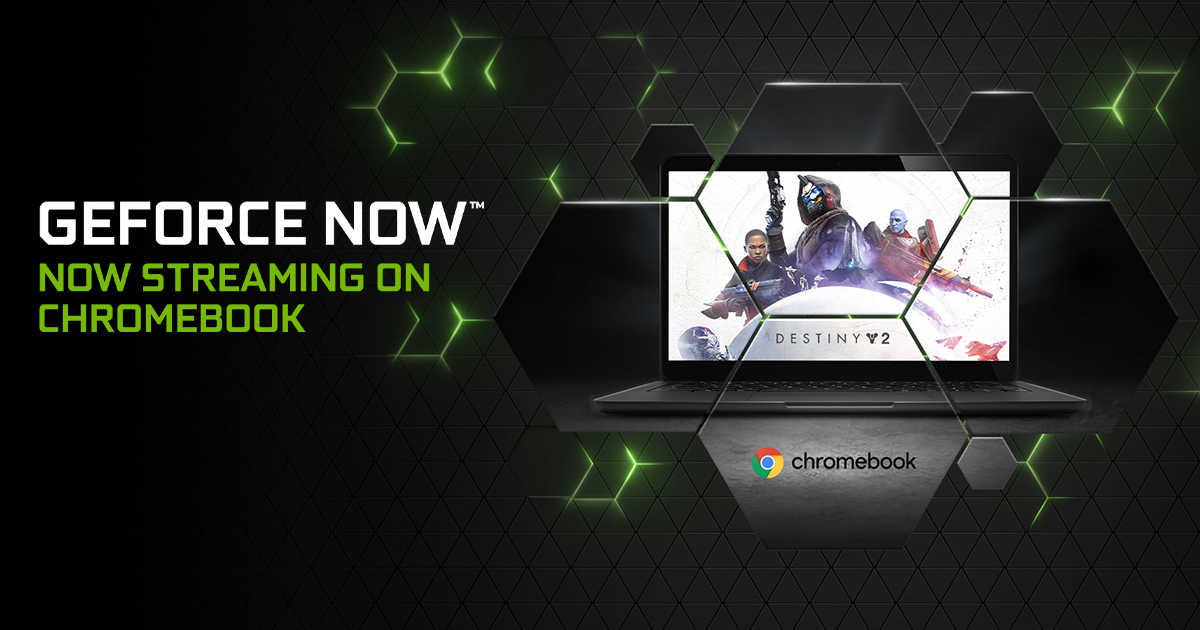 The GeForce Now streaming service has not received a great deal of media attention.  This is surprising as it is arguably the most advanced service on the market.  It was timely that as students are heading back to school, Nvidia announced GeForce Now would be available on Chromebooks.

Nvidia is known for its PC graphics cards that can cost over $1,000.   Of course, many consumers can not afford to spend big money on a high-end PC rig.  This is where GeForce Now can bridge the gap and let consumers experience what an expensive system can provide.

We have described GeForce Now as a major competitor to services like Google Stadia.  The reality is that GeForce blows Stadia out of the water in most metrics.  Nvidia claims GeForce has 4 million registered users that stream 15 million hours of games per month.

In the scheme of things this is not much considering the service offers a free option.  However, it is likely the tip of the iceberg.  The ability to play on Chromebook opens a whole new audience for GeForce.

Nvidia says 80% of its GeForce users do not have the hardware specs to play the games they use on the service.  In other words, they are using the streaming service because they have no other option.

Meanwhile, Chromebook usage is exploding as kids are faced with the challenge of distance learning.  As one San Diego school explained this week:

Unfortunately the new Chromebooks that we ordered back in May still have not arrived (they have all been backordered as just about every school in the world is trying to move to one-to-one laptops).

Chromebooks have limited storage, memory and they can’t even run many traditional software products, not to mention games.  However, students are getting them in mass.  The beauty of GeForce Now is it can get around those issues.

For Nvidia, GeForce is a great branding opportunity for an entire generation.  The 15-year old kid today can grow up to be an Nvidia loyalist through the experience of GeForce on Chromebook.

But Microsoft has its own subscriptions services which include Game Pass and the competing xCloud streaming service.  This makes it unlikely Microsoft Flight Simulator will appear on Nvidia’s service.

Really this is a battle of the rich and powerful versus the richer and more powerful.  With a $17 billion valuation, Epic ironically is able to cast itself as the underdog.

For its part Nvidia has a valuation in the $300 billion range.  For perspective that is almost twice the market cap for Sony and Nintendo combined.

DFC recently released a report on video game consumer segmentation.  Overall, there are over 3 billion consumers worldwide.  Console game systems from Sony, Microsoft and Nintendo reach less than 10% of those consumers.  Meanwhile with the growth of platforms like Chromebook, PC game users have soared to 1.5 billion, most of them on low-end systems.

It is these massive numbers that have so many well-capitalized companies fighting for future ownership of game consumers.  Right now, the first battles are just getting started.  It will be a long war.