MAY 6, 2014 • Activision Blizzard chief executive Bobby Kotick told financial executives at this week’s Milken Institute Global Conference in Los Angeles last week that with the $500 million bet his company was making on Bungie Inc.’s Destiny franchise could only be made on owned IP. The $500 million figure includes production, promotion and marketing, royalties, packaging, merchandising  and other costs. Destiny is a futuristic science fiction video game from the same studio that created the blockbuster Halo franchise. The 2010 agreement between Activision Blizzard and Bungie stretches for 10 years and calls for the latter to produce four full Destiny titles, one every other year, with the first expected in September 2014. In the years when a Destiny title is not released, Bungie is expected to deliver a downloadable expansion pack – four in total. Activision retains rights to the Destiny IP during the term of its contract with Bungie.

Impact: Although some took Kotick’s comments as directly related to the first Destiny launch, we are pretty sure the bet he is talking about is $500 million spread between four complete titles and four expansions. That is still a substantial cache of capital devoted to one franchise, yet given Bungie’s track record and the number SKUs involved, $500 million does not seem quite so princely. True, significant costs will be front-loaded to build out technology and tools that will then be in place for the following releases, but $500 million for one game would be hard to sell to Activision Blizzard’s investors. His larger point was that production and marketing costs for AAA video games have gotten so high that it is impossible for a publisher to invest $200 million and up into IP where the rights holder dictates how that franchise is controlled and portrayed. Of course, this says a lot about the stakes today in the video game industry. Bankrolling major franchises with long tails for consoles and PCs now eats up a tremendous amount capital, and Kotick is saying he “wishes” he could fund the IP he needs for $200 million. Large video games now generate as much money as blockbuster films. Like the motion picture industry, the big bets are being made on bankable franchises and creative talent that can be spread across many releases. Where the movies and video games differ is that the latter often must also deliver online social features. While Destiny is not a traditional MMO, Bungie does intend for players to share the experience with each other via on-the-fly matchmaking based on player skills and achievements. Games as a service are extremely expensive to create and maintain. All things considered, $500 million doesn’t seem outrageous at all.

APRIL 11, 2011 • U.K. retailer HMV launched an app for iOS and Android users that can tell gamers what the current value of their used games is without having…

MARCH 12, 2012 ● Most of the attention on Star Wars MMOs has gone to BioWare’s The Old Republic in recent months. But the other MMO featuring the franchise continues… 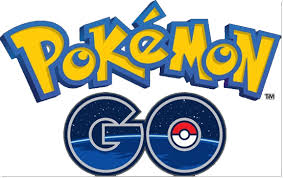 JULY 11, 2016 • Since its release on July 6, Pokémon GO has become a mobile sensation, with some reports saying the smartphone game is near Twitter in the number…