OCT. 22, 2013 • As we reported in September, the MSRP of new consoles such as the PlayStation 4 and Xbox One in Latin American countries can suffer extreme inflation due to local taxes and tariffs. This is not a new phenomenon, and has already led Microsoft and Sony to build Xbox 360s and PS3s in Brazil. This week Sony went public with the local price of the PlayStation 4 Brazil for the November 29 launch: R$ 3,999 ($1,842). After a loud reaction from consumers there, Sony’s General Manager for Latin America Mark Stanley posted on Sony’s official blog for Brazil that 63% of that total was accounted for by government fees and taxes of R$ 2,524 ($1,163) imposed on importation of the console. Another 15.5 percent, or R$ 618 ($285), is the profit margin of retailers. The remaining 21.5% is Sony’s street price of R$ 858 ($395).  Stanley told the Valor Econômico newspaper that Sony could have added an additional R$ 258 ($119) in distribution fees but chose not to do so in an effort to discount the cost to Brazilian consumers. Local manufacture of the PlayStation 4 is planned as soon as possible, Stanley said. By comparison, Brazilian retailers are advertising pre-orders of Microsoft’s Xbox One for R$ 2,199 ($1,012).

Impact: Perhaps simply launching new consoles day-and-date in emerging markets is no longer sufficient if the street price is out of this world high. In 2006 an official launch of the PS3 in Brazil, despite import duties, would have been hailed there as a major consumer victory. Now expectations are much higher. Microsoft Corp. was first to arrange for Flextronics Intl. Ltd. to manufacture Xbox 360s in Brazil back in 2011. It appears that Xbox Ones are already in production locally. Microsoft has been quiet about this development, yet verified it when queried as it is impossible for the higher priced Xbox One to street for nearly half the price of PS4 without the elimination of import duties. Launch production of the Xbox One in Brazil is something of a coup. Obviously this is the future of global console launches, yet we did not expect to see either Microsoft or Sony Computer Entertainment accomplish such a feat in 2013.

So for the PS4 versus the Xbox One, Sony finds itself in a tough competitive spot inside Brazil. Retailers there will be more inclined to throw greater support toward the less-expensive Xbox One. That will force Sony to pump more advertising spend into the market to keep hold of gamer’s attention. That is a difficult proposition, as consumers will find it hard to ignore greater merchandising behind the Xbox One, as well as a less substantial hit to their wallets. We had been expecting the PS4 to receive a better reception in global markets for a number of reasons. First, the PlayStation brand is already well entrenched. Second, Sony’s latest console is less expensive. Our last reason is that the Xbox One comes with non-game media features that make less sense outside the U.S. while the PlayStation 4 gains from the perception of being a purer video game system. But at least in Brazil, Microsoft seems to have upended our expectations with a much more friendly MSRP.

However, in the end it may not matter that much. The Xbox One will still cost around $1,000 in Brazil. Much of the consumer action is likely to be around the PlayStation 3 and Xbox 360.  Microsoft started manufacturing the Xbox 360 in Brazil back in 2011 but Sony only started making PS3 systems in Brazil earlier this year.  We expect Sony to follow suit with the PlayStation 4. Until prices come down for both systems we are likely to see Brazil follow a pattern where it tends to be a half-generation or so behind.

MARCH 12, 2015 • The release of the February NPD numbers had each of the three big video game hardware makers crowing about results. Microsoft Corp. noted February Xbox One sales…

FEB. 10, 2011 • Finland’s Nokia Corp., the world’s largest mobile phone maker, has partnered with Microsoft Corp. to adopt the Windows Phone 7 operating system for all of its future…

JULY 18, 2010 • Netflix announced it was expanding into Canada this fall with a streaming-only movie service. Unlimited movies and TV episodes streamed instantly to TVs and computers will… 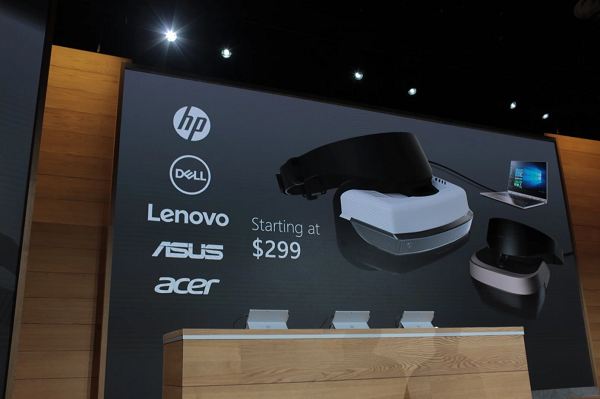 At a Windows 10 and Surface press conference in New York City, Microsoft Corp. announced it was partnering with Acer, Asus, Dell, Hewlett Packard and Lenovo to bring Windows 10…

JULY 27, 2010 • The Walt Disney Co. acquired the privately held Playdom for $563 million. Based in Mountain View, Calif. Playdom is best known for such games as Mobsters…