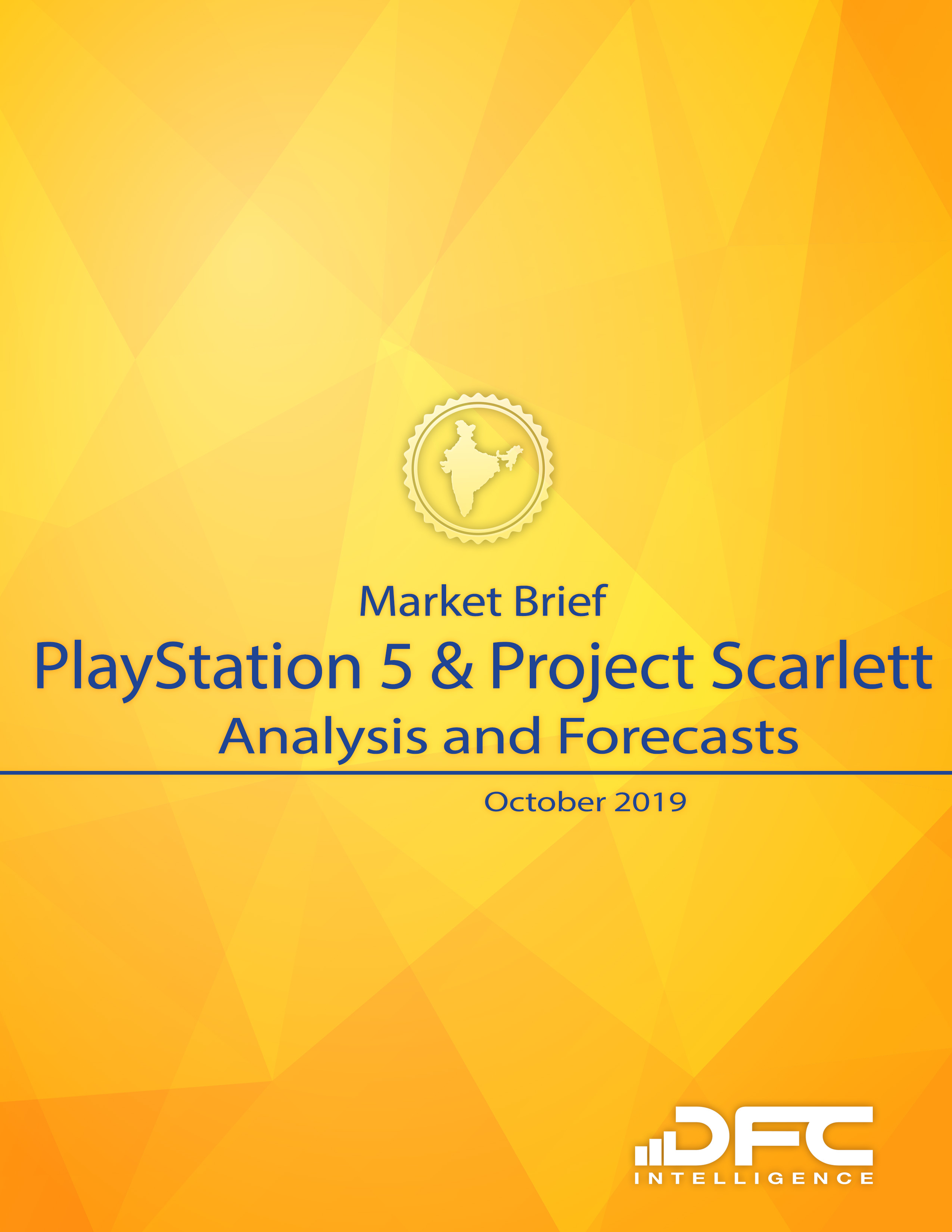 DFC Intelligence just released its latest brief on the Sony PlayStation 5 and Microsoft Project Scarlett video game systems. The brief has forecasts for the two systems, but focuses primarily on an analysis of the features and strategic positioning of the two companies.

Overall the two systems are expected to be very well received. Surprisingly Sony, despite missing the 2019 E3, has created more buzz around the PlayStation 5. Although PS5 is currently winning the PR war, there is still a long way to go. The European market is likely to be the key battleground.

At E3 2019 Microsoft specialized in their famous corporate speak. In a slick video, interviewing Microsoft insiders, the new console was described as the most powerful, immersive console experience ever. Over and over, the words power, performance, and speed were repeated.

Of course, there was also Halo and the obligatory references to cloud gaming. But based on the specifics of what Sony has released both PlayStation 5 and Project Scarlett will have pretty similar core technology. The devil is in the details.

Sony did not attend E3 2019. Instead, the company has released information on PlayStation 5 via exclusive interviews with Wired magazine in April and October of 2019. Sony Interactive Entertainment President & CEO Jim Ryan did a blog post on October 8 providing further updates.

The Wired interviews were with PlayStation 5 Lead System Architect Mark Cerny. Cerny provided more technical detail about the PlayStation focusing on features like ray tracing, haptic technology and improving the speed with a solid-state drive (SSD).

However, when you get down to it both the PlayStation 5 and Project Scarlett will be using custom chips from AMD. Sony has provided more detail, but it looks like performance-wise these chips will be virtually identical. The same goes for the SSD.

Of these features, speed is the most important. The PlayStation 4 and to a greater extent, the Xbox One, were SLOW. Loading games took a long time. The Wired magazine articles spent a good deal of time focusing on the vastly improved speed for the PlayStation 5. This is mainly because of the SSD which will also be in Project Scarlett.

Despite the growth of the cloud and mobile gaming, the demand for high-end consoles is greater than ever. As always this is looking to be a pretty standard console war where hardware power is a draw and it comes down to price, marketing, and exclusives.

Right now, Sony appears to be winning the perception and marketing battle. Missing the masses at E3 and focusing on the more technical details appeals more to the early influencer audience. Sony talked directly to the techno-geek. Microsoft focused on generic buzzwords.

The PlayStation brand now simply has more momentum than Xbox. Given everything else is equal, this will be hard for Microsoft to overcome.
On the positive side for Microsoft, Sony has been in internal disarray the past year. The company reorganized Sony Interactive Entertainment into a core division based in San Mateo, California. Jim Ryan, from Sony Interactive Entertainment Europe, was brought over to head SIE.

At the end of September, it was announced that Shawn Laydon, head of PlayStation Worldwide Studios would be leaving. Headlines described it as the “latest executive to leave Sony.”

These types of internal struggles are always troubling when trying to launch a product as important as the PlayStation 5. However, the launch is still over a year away, so it is important to not read too much into this news.

A major issue with the Sony reorganization is will it give Microsoft an opportunity in Europe? Sony’s Europe division was very strong and independent. However, under the new structure, it will now be largely operated out of the United States.

Power, performance, speed and Halo are givens for Project Scarlett. The Xbox brand is strong in North America but weak in Japan and Europe. Japan is probably out, but if Microsoft can make in-roads in Europe it will be a game changer.

The PlayStation 5/Project Scarlett brief is part of the newly launched DFC Intelligence Executive Brief Series. DFC will be updating its forecast on a regular basis throughout 2020. There will also be significant analysis on the development of upcoming games, especially exclusives. Stay tuned!