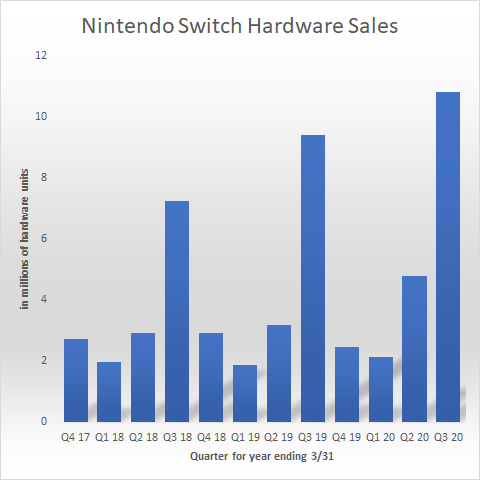 Last week Nintendo announced its earnings for the nine months ending 12/31/2019.  As expected Nintendo sales were strong.  However, they were not strong enough to please investors who punished Nintendo stock.

DFC Intelligence had forecasted a strong holiday season for the Nintendo Switch and it delivered.  For the second half of 2019, Switch hardware sales were up 31% over 2018.  The new Switch Lite sold over 5 million units.  Revenue met forecasts and Nintendo raised its earlier profit forecast for the fiscal year ending 3/31/2020.  They also raised forecast for Switch hardware and software sales.

So how did the market react?  Over 5 days, from the middle of last week to Monday,  Nintendo stock fell about 6%.  Clearly the market was expecting Nintendo sales would be more impressive.

At DFC Intelligence, we remain as bullish as ever on Nintendo.  However, we are looking at the company’s long term competitive position and not its short term stock price.

Nintendo is finding a way to compete in a world filled on one end with mobile devices and free games.  On the other side is the high-powered game hardware, PC systems and Sony and Microsoft consoles.  Nintendo is reaching an audience that is not satisfied with either extreme.

Digital sales is just starting as a growth area for Nintendo.  For the nine months ended 12/31/2019, downloadable versions of packaged software were nearly 20% of total software sales.  This was up from under 15% the previous year.  Traditional mobile has not been a major category for Nintendo, but the Switch is becoming a system for digital software sales.

Market expectations about Nintendo are often unrealistic.  The company has found a nice niche in the video game business.  Growth will depend on how much that niche can grow over the next few years.  It will not be something that is fast or sudden.  However, it should be solid and steady.

For regular updates on Nintendo and other major players in the game space be sure and check out the DFC Intelligence Executive Briefing Program. 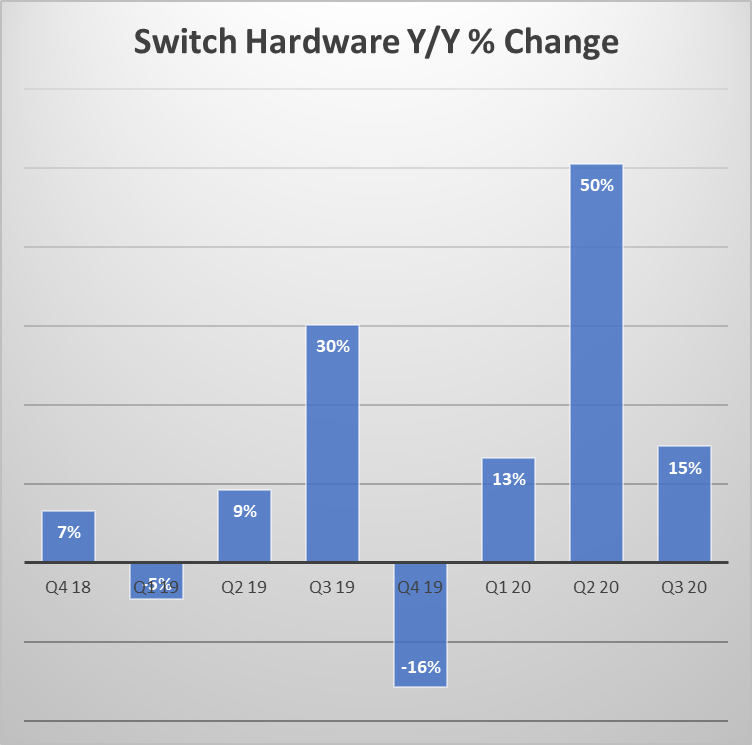