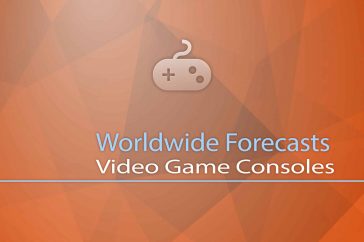 Included are PlayStation 5 and Xbox Series X forecasts for both worldwide hardware units and total software revenue through 2025.

Included for each platform and region:

More granular data is available on request and can include forecasts by individual country, business model, game genre and more.

Also included is a DFC Intelligence Brief that looks at the launch of the Sony PlayStation 5 and Microsoft Xbox Series X.  .  There has been plenty of rumors and speculation about the two systems.  The focus of this brief is on what has actually been announced.  Included are PlayStation 5 and Xbox Series X/S forecasts for both worldwide hardware units and total software revenue through 2025.

The brief is a pdf version of a 20-slide PowerPoint.  Included are:

more
Our Spring Sale Has Started