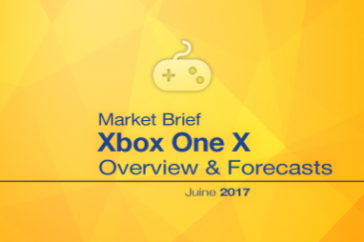 This new research brief features DFC Intelligence’s look at Microsoft’s history in the video game market with a focus on the upcoming Microsoft Xbox One X console arriving in November, 2017

[vc_row][vc_column][vc_column_text]At the June 2017 E3 show in Los Angeles, Microsoft formally previewed the new Xbox One X console, formerly Project Scorpio. This new system is scheduled for launch in November 2017 as an enhanced version of the original Xbox One and Xbox One S. This brief looks at Microsoft’s history in the video game industry, including PC games. The brief provides impressions of the new system, its market potential and Microsoft’s long-term game industry outlook.  Also included are 5-year forecasts broken out separately for the original Xbox One and the new Xbox One X. Orders of the report include a call with a DFC analyst on the state of Microsoft with the Xbox platform.[/vc_column_text][/vc_column][/vc_row]